Microgen keeps you up to date with news and videos. 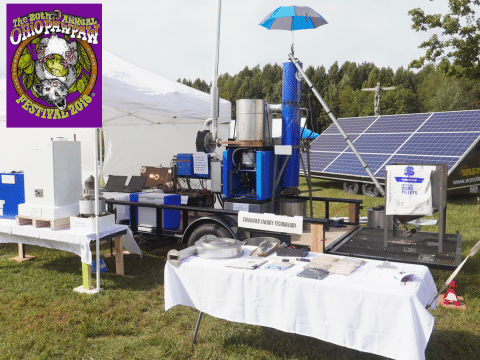 During the weekend of the 15th and 16th of September CET attended another renewable – organic fair. It was the Paw Paw fair This time it was very close: it was in Albany Ohio next to the Town of CET itself. During the fair the Gasifier Stirling Biogen was presented as well as the gasfired Stirling Thermogen. Both units run off grid continuously during the show. And again people were amazed; the sound level was so low that the units had to touched in order to convince them that they were operational. Several new contacts were established which will be followed up during the coming two months. 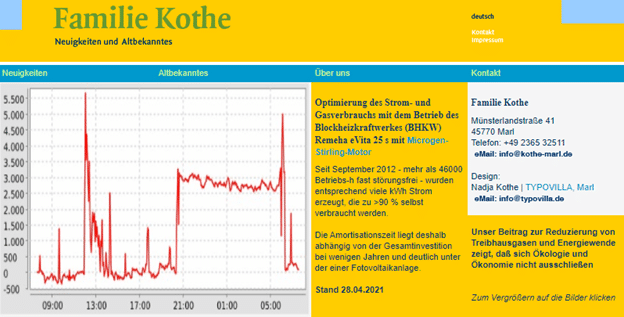 Microgen’s Stirling unit is basically maintenance free. People usually only report to us in case of problems. We hear only little about all those thousands of units which are running in the field… Therefore, we were more than pleased to unexpectedly run into the following: a webpage from the Kothe family from Marl in Germany. Their unit, installed in 2012, had already made over 46.000 operating hours!

This January however, we heard that the unit had shut down shortly after. Something which of course came as a disappointment for us, but also something we wanted to understand.

After a brief investigation it became clear that the cause was a non-MEC stirling related problem: flue gas condensate dripping back from the heat exchanger into the burner. This was related to the construction of the early Remeha units.  After replacing the ceramic collar and thermocouple the unit is back up and running, no longer with the Kothe family but at the Microgen Center in Doetinchem, the Netherlands. An endurant and lasting machine as it is, we are keeping tight track of its behaviour. The 50.000 hours milestone is almost in sight! The Remeha unit at the Kothe family has a new stirling engine installed and with some finetuning of the burner it is also running smoothly again.

More info about the experiences of the Family Koethe with the MEC Stirling unit as well as their other activities to come to more efficient and cleaner home heating and energy systems can be found on: https://kothe-marl.de/bhkw.html

Storage for solar energy is being tested in Bremerhaven 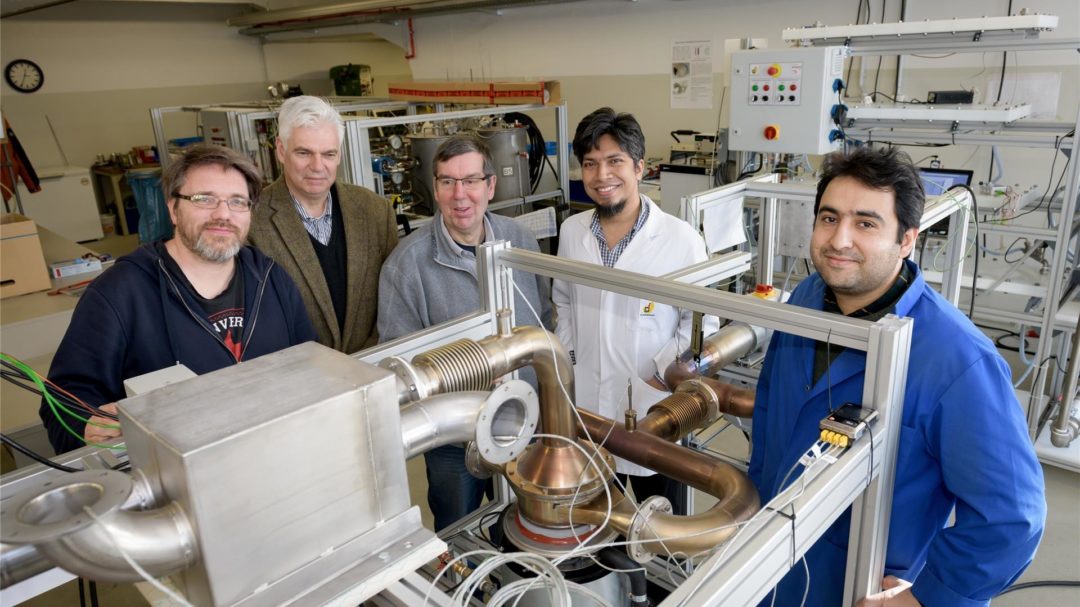 Whilst the world’s attention of course is at the Covid-19 pandemic, still beautiful and important things for the world’s future in the field of sustainable/renewable energy are happening. Microgen Engine Corporation is proud to be part of some of these green developments. Worldwide, several respected universities and research organizations are currently working on Heat/Thermal Storage Projects. The question is how to do the extraction/conversion of the thermal energy into electricity ? Heat engines based on the Stirling Cycle, like the ones from Microgen Engine Corporation, are amongst the promising solutions. The University of Bremerhaven, also using the Microgen engine, proudly presented their Energy Conversion Unit this February. This unit is part of the European “Socrates” project, using Calcium Carbonate as the storage medium and Solar Energy as the prime energy source. The unit is ready for shipment to the South of Spain where it will be integrated with other hardware and of course further tested.

This week the 9th international Gasforum will be held in St. Petersburg, Russia. 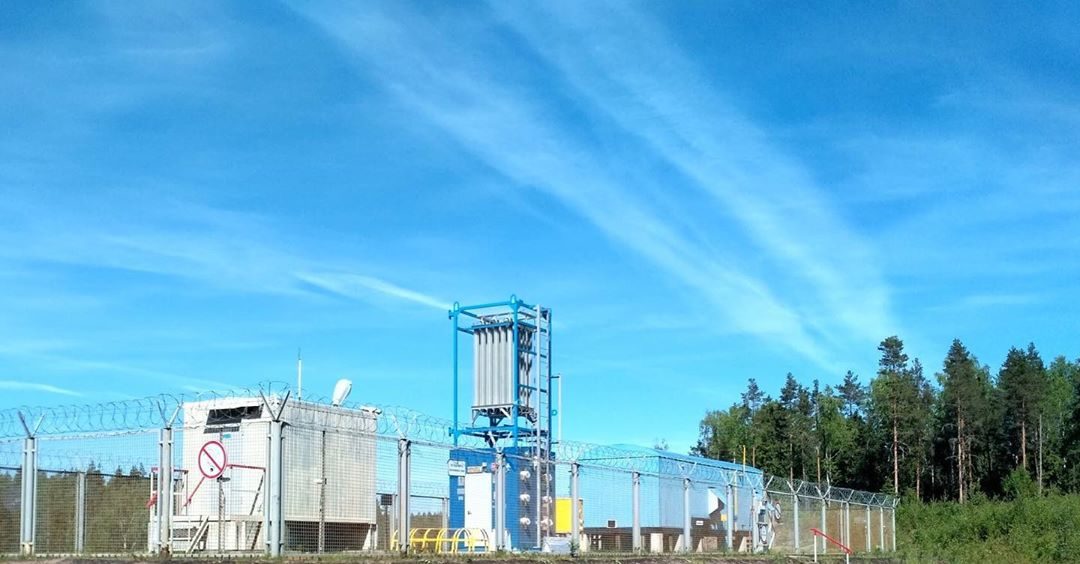 The units which are shown vary from the 1 kw unit to the 6 kw hybrid unit which is also equipped with PV.
Learn more about these products and the latest installations in Russia such as on the Nord Stream Pipeline and in Yakutia, one of the coldest places in the World, by visiting Nauka Power Technology at the 9th St Petersburg Gasforum 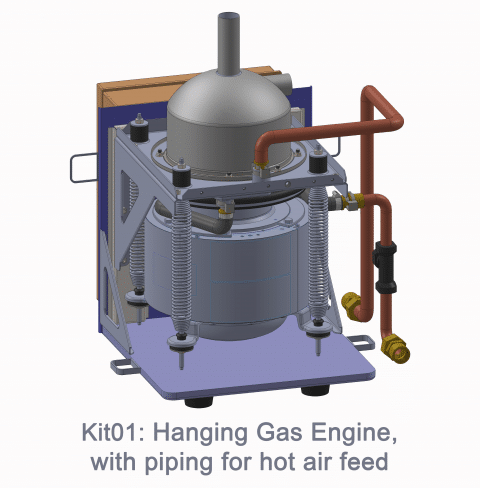 Microgen launches to the world market the sale of the first and only Engine quick starters kits for universities, institutes, colleges, labs.
Microgen engines have a solution for different types of fuel with Biomass, Solar and Gas engines.

Microgen keeps you up to date with news and videos.